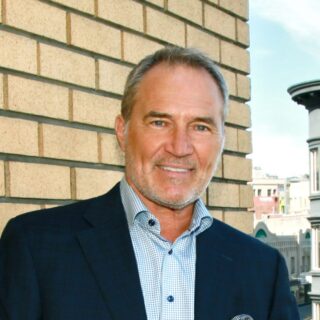 Christos Richards is a Partner at Calibre One working from the Los Angeles office. He has 30 years of global executive search experience, including 25 years focused on serving biopharmaceutical and healthcare clients across North America, Europe, Asia, and Australia. He has completed over 350 Executive level assignments, including over 175 Board, CEO and CEO succession projects in the Life Sciences sector. He serves clients ranging from venture-backed startups to leading global enterprises in: devices, diagnostics, agricultural biotechnology, animal health, tools, services, and digital health sectors.

Prior to joining Calibre One, Christos was a core member of Spencer Stuart’s global life sciences division, and a leading member of the BioPharma Board Practice, serving clients in the America’s, Europe, LATAM, EMEA, and Asia Pacific.

Earlier in his career, he was an equity partner for a specialist executive search firm focused on the life sciences sector and expanded the firm’s board practice fivefold over five years and helped grow the firm from eight to 35 full-time employees.

Earlier, Christos spent 20 years as a partner with two prominent super-boutiques. For one of those firms, which had five domestic offices, he served for nearly 10 years as CEO.

Before his career in executive search and human resources consulting, Christos spent five years in general management in Switzerland.

Christos earned his diploma in hospitality management from Schweizerische Wirteschule in Lucerne/Davos, Switzerland. From 2011 to 2020, he served on the Board of Coherus BioSciences, a publicly traded commercial-stage biotech company. He is also an advisor at UCSF Innovation Ventures’ Entrepreneurship Center. Christos is fluent in German and Swiss German.