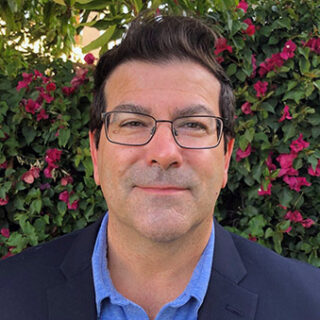 Joe is a recent transplant to Palm Springs from NYC where he worked and lived for over 30 years before driving West and settling in the Coachella Valley. He brings more than 20+ years in Executive Administration in the Banking, Marketing, and Advertising industries. He has worked with clients such as IBM, American Express, Dupont & BlackRock and has collaborated on projects with M.I.T., God’s Love We Deliver, The Duchess of York, Tunnel to Towers and The Stephen Siller organization just to name a few. During this time, Joe also moonlighted as a AFTA certified personal trainer.

He attended New England College in New Hampshire graduating with a bachelor’s degree in Psychology with a concentration in Economics. He was fortunate to finish his studies in the U.K. in the Southern section of West Sussex. He derives his inspiration in life from authenticity, positivity, Stephen Colbert, Music from Bach to Bauhaus, Vermont in October, the writings of Doris Kearns Goodwin, Scarlett his Australian Shepard, and his husband Michael of 28th years. In his spare time, Joe loves to read, watch classic movies, swim, dine out, hike, and most recently, has started to volunteer at the Living Desert Zoo and Gardens in Palm Desert where he just became certified as an assistant docent in the East African Black Rhino exhibit.